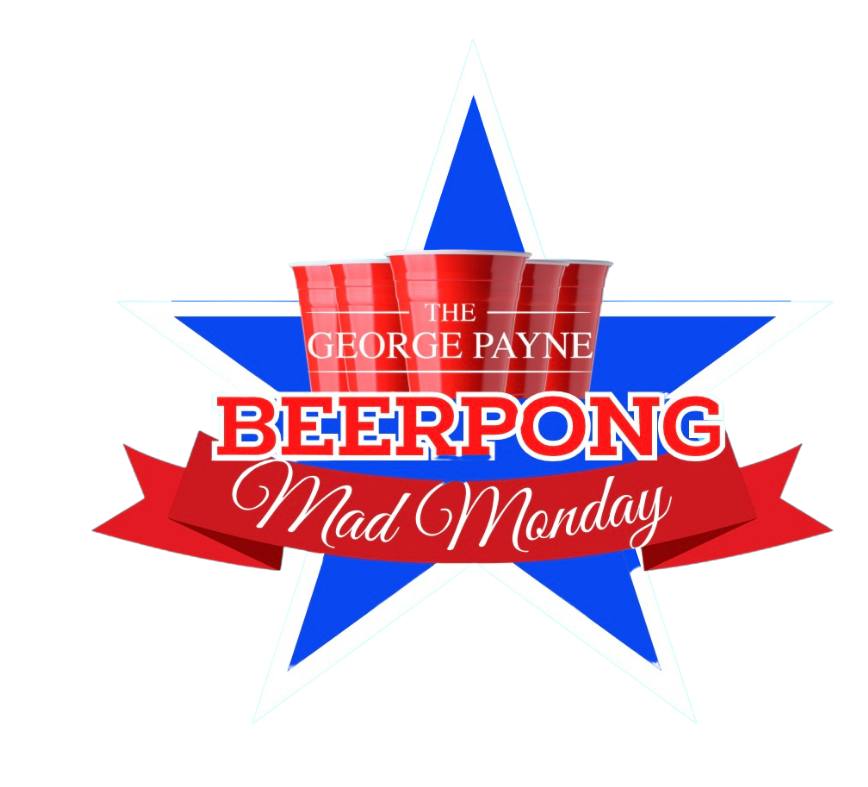 DRINK BEER, PLAY WITH WATER
To keep things clean, YOU EACH get YOUR OWN CUP to drink from
all night & a JUG of Beer to use for each match.
The Beer Pong cups on the tables will be filled with water.

BOUNCE BABY
If you bounce a ball in- 2 cups are removed, unless there’s only 2 left- just one goes
But if you try to bounce the ball in, the other team can hit it away after the bounce

REDEMPTION
When a team hits the last cup, the other team both get a shot and if they miss,
the team that hit wins.
If one/both score, the team in the lead need to hit to hit the final cup again to finish the game. If they both miss, ONLY the ‘hitter/s’ of the ‘losing’ team shoot again (the one that missed is out of play) and if they hit again then the ‘winning’ team need to hit to finish the game. It continues until the ‘losing’ team miss, or the team in the lead hits it a second time. If the ‘hitter’ of the ‘losing’ team also then hits the last cup before the ‘winning team’ hit it again, the team that hit it first then have a chance at redemption.

RERACKING
Once per team per game, the team that is about to shoot can request the cups be moved into a different position. Also on the last 1 & 2 cups they can request them to be centred (Gentleman’s Rule)

ISLAND
If one cup is left separate to other cups then the shooter can call “Island”- this means they intend to score in it- if they do- 2 cups go, if they hit a different cup no cups go. Each player can call “Island” once per match.

**Have fun! Violent, argumentative or aggressive behaviour will not be tolerated! **